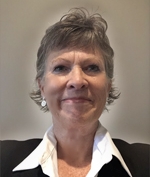 For over 30 years, Ms. Vullo has handled employment-related matters for both employers and employees, serving as a tireless advocate when disputes arise. Given her representation of both sides of these matters, Ms. Vullo has gained unique experience in the handling and avoidance of problems before costly litigation ensues. Her experience includes advising employers and employees on rights and obligations under employment laws such as the Family and Medical Leave Act, wage and hour laws (the Fair Labor Standards Act), discrimination laws (Title VII, the Age Discrimination in Employment Act, the Americans with Disabilities Act, the Pennsylvania Human Relations Act), sexual and other unlawful harassment laws, privacy laws such as HIPAA, and the Occupational Safety and Health Act. She has handled and defended claims brought under these laws and has assisted employers with investigations brought by state and federal agencies that enforce these laws.

Ms. Vullo’s employment law practice further includes preparing employee handbooks and policies, advising on drug and alcohol testing,  assisting with requests for disability accommodations,  reviewing and preparing employment and separation agreements,  and handling interest arbitrations between public employers and their unions. She is also retained as an independent investigator to conduct independent internal investigations and make findings and recommendations related to sexual harassment and discrimination complaints.

Ms. Vullo has been a Certified Mediator for the U.S. Court for the Middle District of Pennsylvania since her appointment in 2004 and in that capacity, has mediated employment cases filed in that Court for the past 26 years, as assigned by the District Court Judges.

Ms. Vullo has also served on the Lawyers Advisory Committee in the Middle District of Pennsylvania since being nominated to that Committee in 2012.